It Started with A Career Ending

Fall, 2005.  I worked all the way through Thanksgiving and Christmas without taking even half a day off. 100 hours a week for months, on a B2B software project that had been my nightmare for three years. I was 32 and had been working in software for a decade since I graduated, and I had vertical furrows growing ever deeper between my eyebrows as I spent all day staring at a computer screen.  I weighed less than I had since I was 14, since I could barely eat because of stress.  Long story short, the project raged along in crisis mode until spring when the CEO fired my boss, laid off me and all my co-workers, and closed our Colorado office.

I finally remembered I had wanted to be… a singer?

But that’s not a career choice, I thought.

Almost no one in my extended family is a musician… or a painter, writer, or creative of any sort. Few of them even have artistic hobbies! I’m surrounded by doctors and lawyers and techies, and I have a B.S. in a small Computer-Science-related major from Stanford.

Still, I started taking voice lessons.  Just to see. I didn’t know where it would go, and didn’t really care. I just needed to do something for me, try something fun and a little scary, follow that fading echo of a little girl’s dream, while I figured out the next chapter in my life.

But I couldn’t seem to find a voice teacher that I really liked.  The classically trained teachers didn’t “get” the music I wanted to sing, the others didn’t seem to know much about the voice, and I left most voice lessons wondering if I had just wasted $60 and an hour of my life.  I skipped around from teacher to teacher until I thought maybe the problem was me.  Maybe I just needed to stick with someone for a while.  So I stuck with one teacher for a year, until she let me go, telling me she had nothing more to teach me.

I was dumbfounded:  Nothing more to teach me?  But high notes were still tight and difficult!  I still had a big break in the middle of my range!  My voice was still so inconsistent day to day!

Teaching to Learn, Learning to Teach

Frustrated, and feeling out of options, I decided against all logic to start teaching voice.  (I figured there was no better way to learn to do something than to teach it.)

So, in 2009, I stopped being a freelance software developer and started teaching voice.  And I did indeed learn more by teaching than by just taking lessons myself.  By seeing how so many different voices worked, I started seeing the common threads and piecing together a framework and a set of consistent tools and techniques that allowed me to help other singers overcome their vocal challenges, and by extension, my own voice as well.

I finally found an excellent, albeit expensive, teacher in Nashville.  After a few months of lessons with that teacher, the lightbulb went on.  In spite of all the lessons, all the different teachers, all the at-home study, all the vocal programs and books I had bought (from Seth Riggs to Brett Manning to Robert Lunte to Jesse Vendera and way beyond), until then, my voice had never really made sense to me.  I had more tips and tools than I knew what to do with, but no overarching understanding of how to train a voice to behave predictably, consistently, and reliably, across the entire range, without a break.

But finally, then, I did.

Now, I know about the International Voice Teachers of Mix.  It so happens that the organization was founded the year after I gave up looking for a teacher and became one myself.  Now (early 2018) I am pursuing accreditation with IVTOM and should have it by the end of the year.

Recently, a Broadway artist from New York who has taken voice lessons his entire life and toured for two years with West Side Story told me that voice teachers of my caliber are hard to find, even in New York City.  I was shocked, but of course, incredibly flattered.  And this is what makes me realize I’ve found one of my callings in life.

Oops, I Found My Calling

I’m not a naturally great singer.  I had to work at it.  I have made probably every mistake you could probably make as a vocalist – and I learned to sing as an adult, so I understand and remember the journey of learning to sing.  Unlike a life-long singer who took voice lessons since they were young and was steered away from developing bad habits in the first place, I had a mountain of bad habits to overcome.  So I know how it feels, I remember how to get from here to there.

And, unlike a lot of younger voice teachers, I’m not doing this as a Plan B until my own artist career takes off.  Instead, I’ve become grateful that somehow, through this whole winding process of the last decade, I got really good at helping people make progress quickly – just like that Nashville teacher did for me.  I became the teacher I wished I could have had when I was learning to sing.  And I want to pass it on.

Twelve years ago I had never sung into a microphone, never recorded in a studio, never sang with a live band, never run sound, never taught a voice lessons, never written a song.  Now I have multiple albums out, thousands of voice lessons taught, I’ve sung and played multiple instruments in multiple bands, I have music in film and TV, the list goes on.

I can’t believe who I have become.  And I want to help people become that greater self they feel a glimmer of.

Just like when that little voice said in my head, “You always wanted to become a singer.”

What little spark are you ignoring within yourself?  Go on, take the leap.

Since 2009, Performance High has grown from just me teaching out of my basement in Boulder to three locations and a several teachers across the Denver metro area.  We have expanded into services that round out everything a vocalist needs:  performance opportunities, artist development consultation, stage performance coaching, music theory classes, and more.  Across our team we have skills and experience that include pop vocals, hard rock vocals, musical theatre, band coaching, major-label touring, production, recording, mixing, mastering, live sound, vocal pedagogy, and more.

We’re energized helping people become whoever they dream of being.  Whether it’s singing in front of your boyfriend for the first time, recording your second album, or keeping your voice healthy on tour – or anything in between – we are here to help you cross that bridge into the next chapter of your life.

When you look back across the bridge, you won’t believe who you have become.

Adrienne O at the Gothic Theatre, 2015 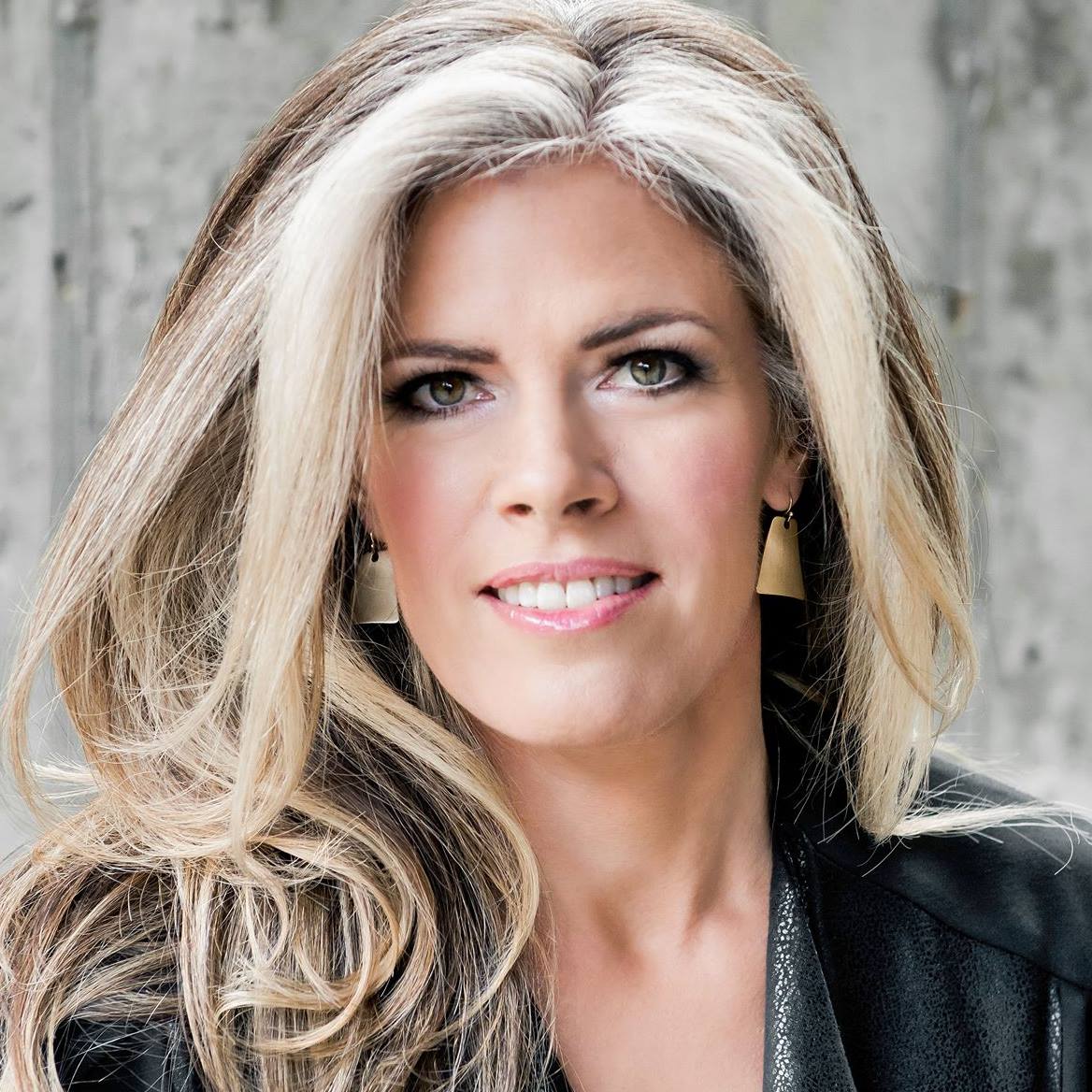 We help people grow into their potential, using voice and performance as the tools and the vehicles.
Yes, we do teach vocal technique, stage performance skills, songwriting, artist development, and even advanced guitar.  But mainly, we teach growth.  We teach belief in self.  We teach possibility.  We teach opportunity.  We teach how to learn.
And we provide opportunity, too.  We put on showcases (not “recitals”, because our showcase concerts are way cooler than recitals).  We have students sit in on gigs.  We make introductions and connections.  We help you find your feet in the music scene.  We can do this because we’re in the scene ourselves.

Why We Do It

Because we love to!

We feel lucky to help enable and foster the transformations that we see in so many of our students.  We’ve seen pre-teens grow up to have their own full bands, we’ve seen teenagers graduate and move to Nashville and LA, we’ve seen twenty-somethings spread wings and pursue dreams, we’ve seen adults return to a music career after a long hiatus.  But the most rewarding changes are internal:  We see confidence grow, happiness increase, and we see boundaries pushed.  There is nothing more meaningful than being able to help these things happen.  We often end up becoming mentors, cheerleaders, or long-term friends of our students.

Who We Work With

We work with all ages starting with pre-teens, and all levels starting from beginning singers.  Our students have dreams, and are motivated to reach them.  Some people are trying voice lessons for the first time; others come to us because they feel like they’re not making the progress they want elsewhere, and they’re ready to level up.
We have worked with lead singers of many of Denver’s bands, national touring acts, and American Idol finalists… and we have also worked with singers who have never had a lesson or played a show in their lives.  If you aren’t sure whether there’s a fit for your needs, just call!  We know many of the other schools and voice teachers in the area, and if we think someone else would be a better fit, we’ll happily refer you to them.
We’d love to hear from you and discuss whether we’re a fit.