For What It’s Worth

I was recently engaged in the annual joyful task of preparing my band’s tax forms – whoever decided to hand the financial responsibilities over to me was clearly a lunatic – and as I proudly penned a whopping “$1,000.00” on line 7 (Nonemployee compensation) of my own 1099-MISC, the person I was with did a double take.

“That’s what you made with the band last year?” he asked.

“Yeah, that’s 10 gigs at $100 each.” I was happy. It was up a little from the previous year, when we had taken an unintended 3-month sabbatical due to what I like to sound important and call “staffing issues” – i.e. one of our singers decided to take off to Florida for the winter.

He considered this for a moment. “Hardly seems worth it, huh?”

It was a valid question. How could a rational person possibly feel sated with such a poor return on the investment of so many hours spent on gigs and gig preparations, rehearsals, booking, marketing, and the general cat-herding that managing and performing in a 7-piece band entails?

Now, my band doesn’t gig out a ton; we all have other responsibilities and careers that we are passionate about – some in music, some in education, some in health – and we are all limited in the time and energy we can allocate to our little project. Nonetheless, we are considered a successful band; we’ve been around for 17 years, have a great reputation and a solid following, and we play out at high profile public shows about once a month. Our gigs are well attended and highly enjoyable to play, and while they are not proportionately profitable, we feel fairly well rewarded for our work. We are, in short, a band in it for the love, not the money.

But I have to admit, this question knocked me for a loop. In reality, most of my professional musician friends struggle to make a living wage from their life’s passion and work. Those who have other jobs or families struggle to find the time to dedicate to their musical pursuits. And so many new students walk into my studio, struggling to find a way to incorporate their desire to sing (and sing well!), with some degree of balance into their existing lives.

And despite these struggles, so many are driven to it. Why? What is it worth?

A couple of years ago, a friend posted an article asserting that singing had been found to offer the same health benefits as yoga on my Facebook wall, with the comment, “Then Kristin must be the healthiest person I know,” because I practice both. (And so I should be, except that it’s Girl Scout Cookie season, and I do my best to support community organizations.) The point of the article was that singing, like yoga, oxygenates the entire body through conscious, controlled breathing. This results in a multitude of health benefits, relaxing the heart rate, lowering stress and cortisol levels, improving circulation, and possibly even increasing aerobic capacity and stamina.

And as if that weren’t enough, researchers recently conducted a study in which they found significantly increased levels of immunoglobin A, a protein in the immune system which functions as a disease-fighting antibody, in the blood of choir members after a 60-minute rehearsal. This suggests a clear link between singing and a bolstered immune system. And we’re not just talking about cold and flu here; a group of British cancer researchers found increased levels of cytokines, important proteins in fighting serious disease and infection. The implication of this study is that something as simple as singing could put cancer patients in the best position for receiving successful treatment.

Recently I came across an amazing TED Talk snippet, about what playing a musical instrument does for your brain. While studying which areas of the brain demonstrate activity in conjunction with specific activities, scientists found that listening to music sets off “fireworks in the brain,” lighting up multiple areas at the same time. Furthermore, they discovered that actually playing a musical instrument resulted in “the brain’s equivalent of a full-body workout,” engaging practically every area simultaneously. This practice makes musicians’ brains stronger, which is not surprising to me at all, because I have found most of my students to be wicked smart, especially when they actually listen to me. Enjoy the whole TED Talk here: https://www.youtube.com/watch?v=R0JKCYZ8hng

For years, music therapy has been used to combat the effects of dementia and Alzheimer’s; listening to music can help manage stress and enhance mood. But recent studies are demonstrating that the effects of actually singing, as opposed to just listening, have cognitive implications. Researchers divided dementia patients participating in music therapy sessions into two sets, singing and listening. While all the subjects showed some benefit from the sessions, the ones who sang along to familiar tunes tested significantly higher on memory and thinking skills, and reported higher levels of overall satisfaction and mood.

It’s been documented for over 100 years that stroke victims who are left unable to speak, are somehow able to produce accurate words when singing familiar songs. But only recently has this information been used to develop new music therapies to help rehabilitate speech. Patients who suffer from aphasia, an acquired loss of speech due to damage to the left hemisphere of the brain where the language center resides, are tapping into the power of the right side of the brain, where music and the melody of speech are located, to reassign the task of communication to an undamaged region.

Those of us who have been diagnosed with ADD (guilty!) can tell you how hard it is to maintain executive function, the set of mental skills that help you get things done, like time management, attention to detail, and focus. But neuroscientists are finding that musical training may have a substantial impact on improving executive function, particularly in the areas of sustained attention, goal-directed behavior, and cognitive flexibility in task-switching. Musical training creates stronger pathways between the right and left hemispheres of the brain, yielding better problem-solving skills and processing speed. So in a nutshell, while it’s true that I may not have ever met a cabinet door that I wanted to close, if it were not for singing, I would most likely be a blathering idiot.

Admittedly, there is no better feeling than bringing a crowd to its feet with a perfectly executed high note. But other than an ego boost, how does singing promote happiness?

As a matter of fact, singing has long been considered a natural antidepressant. It could be because singing releases endorphins, a chemical that relieves pain and induces feelings of pleasure. It could be because singing also releases oxytocin, also known as “the love hormone,” which alleviates stress and promotes social bonding, lessening feelings of depression and loneliness. Or it could be because those yoga-like oxygenation effects of singing result in healthy heart rate variability, or increased flexibility in the time between heartbeats. In fact, preliminary research shows that as choir members sing together, their heart rates begin to actually sync. How’s that for some powerful medicine.

But it’s not all hearts and hormones. There’s even some conversation about the Sacculus, a tiny organ in the ear, that responds to the frequencies of singing with an immediate sense of pleasure. And the Sacculus isn’t a picky audience; apparently it responds as enthusiastically to your voice whether the singing is “good” or not. In a word, your body is hardwired to like your voice – so use it! And if you have friends or family who aren’t on board, now you’ve got all the evidence you need to tell them to…ahem…go SING to themselves. It might put them in a slightly more receptive frame of mind.

Then there’s this: I have a new student who wants to take voice lessons, according to her initial inquiry email, for “personal empowerment.” This comment caught my attention, so I delved into it at our first lesson. Turns out, she had been pursuing a graphic arts degree in college when she suddenly decided that it would be more responsible to study something that makes her more hireable. She switched to a computer science degree, and then at the tender age of 22, found herself smack-dab in what sounds to me like a mid-life crisis: dissatisfied with her circumstances but unsure of how to proceed, unable to make long-term decisions regarding her life, and stuck between a need to be practical, and a drive to create art. So, why singing? was my next question.

She paused thoughtfully. “Singing has always been a part of my background, so it seemed like a good way to incorporate art into life. But I feel very insecure about how to do that. I don’t know what my strengths are or what my skill level is. I guess I’m here because I want to…”

“Find your voice,” I finished. (I have a bad habit of doing that. It’s the ADD.) “You want to find your voice.”

She’s now taking weekly voice lessons, and has also registered in a piano class at college. And much to her surprise, her voice has range and character and power that she never knew were there.

What is singing worth? I’m not sure we can ever measure it completely. Singing is such a personal thing for every person, inspiring and healing us in such diverse ways. But one thing is clear. If you want to dedicate even a small part of your life to making music, know this: your 1099-MISC will never reflect your value. 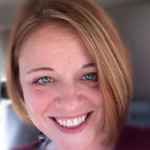