Adrienne talks about her previous career as a software developer, how she got into music, why she started Performance High, how she’s managing the studio’s growth, what type of clients work with Performance High, and what it’s like being a female entrepreneur in the music industry.

What Clients Are Saying 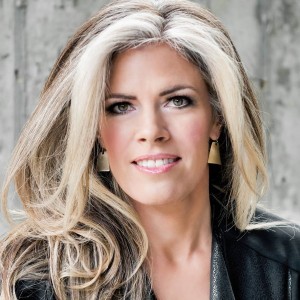 As one of only a handful of vocal instructors in Colorado accredited by the rigorous International Voice Teachers of Mix (IVTOM), Adrienne sings, teaches, and writes in varied styles including pop, rock, and soul. She teaches mix singing to clients in Colorado and around the world via Skype, including an American Idol participant who reached the top six, and various professional musicians. She has also been certified as a Live Music Method teacher by Tom Jackson Productions / Onstage Success in Nashville.

As a teacher of Mix singing, Adrienne uses specific techniques to help both novice and highly trained vocalists how to reduce unhelpful tension, achieve ideal vocal cord closure, create an ideal air/muscle balance, sing smoothly across the entire range without “gear-shifting” across bridges, shape tone, and develop consistency for the perfect result in any popular genre.

After seeing that there was no vocal training product on the market that exactly fit her vision and ideals, in 2014 Adrienne encapsulated her vocal knowledge into an extensive video-based vocal training product called Nail Every Note.  In 2010 she also released an instructional 2-DVD set entitled The Zen of the Stage: Performing in the Zone.

Adrienne has released three EPs with her rock/pop band Adrienne O: Elevation (2016) Lines (2014) and SUPERCHROMATIC (2013); a full-length jazz standards and originals album with UK violinist Pete Hartley called Oceans Closer (2011); a full-length funk-rock album The Phoenix, The Flame (2010); and an early EP with her jazz band Dois. One song from Adrienne O’s first album was featured in the full-length film A Remarkable Life.  Some of her original jazz music has been licensed to Japanese television shows and, most recently, to the Fox TV series Rosewood.

Adrienne is the lead vocalist – and previously the bassist – for her indie pop band Adrienne O, and is the keyboardist in the duo lineup of that project.  She also enjoys playing Stevie Nicks with the Petty Nicks Experience and singing backup for the Jacob Larson Band.  In the past, she has performed with – and in some cases, founded and managed – funk-rock band Spontaneous Thin Air Radio, funk-R&B band Girls on Top!, Afropop band Bola Abimbola and Wazobia, world jazz band Dois, That 80’s Band, and wedding band The Fever, among others. She also was the keyboard player for Guitar Villains and the bassist in rock band Driving Karma.  She has performed live in the US and England, with Denver area venues including Coors Field, Hard Rock Cafe, Gothic Theatre, Bluebird Theatre, Ameristar and Isle Casinos and the Hi-Dive, among many others.

Back to the Shadows Official Music Video (2014)

Look at all of these beautiful people singing my song!!! WOW!!! Thank you all so much!! "Share The Magic" #sharethemagic