Is our seven-week songwriting course a little too much of a commitment?  Try one of our Short Songwriters’ Sessions!

In this three-hour session, Justin will review songs or song fragments, find what you’re doing well, and give you ideas for how to take the song to its next step.
Along the way, he’ll use each song as an example to illustrate different songwriting principles.
If you haven’t written any songs yet, you’re still welcome to join the class!  You’ll learn by listening to and participating in the discussion of others’ songs, and get specific, actionable ideas for how to spark your own creativity.

Hear it from the clients

“This class was better than my college songwriting class!  I got one of my favorite songs I’ve ever written out of this class.  I love how Justin and the class aren’t judgmental at all – no matter what genre people write, their style is welcome.  I tend to write epic, darker songs, not singer-songwriter style stuff, and Justin is open to all kinds of music no matter what genre or style.  He sees the good in all of it, and that kept me motivated.  He listens to music he doesn’t even like, just to understand it.  I can’t wait to take this class again! 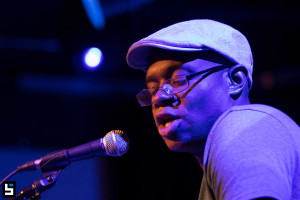 “It’s an honor to have Justin’s input whether you are an amateur or professional songwriter! His diversity in music is astounding, which eases you as you collaborate with him. He hears what we hear. He is impressed by what we create; he is a lifelong learner of the art of songwriting! He has a Southern hospitality about him too! Win-win because he believes in us!” – Lee Clark Allen

You can pay by Venmo (@Adrienne-Osborn, no e on the end), Square Cash to $PerfHigh, or PayPal to adrienne.osborn@gmail.com (friends & family option please).  Please specify which class you are paying for.

AUDITION
There is no audition for this class.  Whether you have a song started, finished, or not even begun, you are welcome to join this class.

Want to Schedule By Phone?

Call or email us if you have any questions or would like to schedule!

Myth:  You have to play an instrument to write a song.
Reality:  Nope!  Hit songwriter Jason Blume, for example, with 50 million album sales and hit singles on Billboard’s Pop, Country, and R&B charts, does not play an instrument.

Myth:  I’m too young to start writing songs now.
Reality: Some of the biggest artists today are teens and pre-teens.  Billie Eilish, anyone?

Myth:  I’m too old to start writing songs now.
Reality:  Songwriting is a skill like any other that can be learned at any time in life.  In fact, the older you are, the more life experience you have to write about.

Myth:  You need to wait until you feel “inspired”.
Reality:  Just like any other endeavor – creative or otherwise – good songs come from regular practice at the craft.

Myth:  Good songs only come when you’re sad or depressed.
What about the hit song “Happy”?

Myth:  Nothing all that interesting has happened to me, so I don’t have anything to write about.
You are a human being, therefore you have a history.  You have stories.  You have experienced universal human emotions.  You don’t have to have grown up differently from the norm or gone through tragedies in order to write songs people can relate to.  In fact, the most relatable songs talk about the things that most people have experienced.

Myth:  2-chord and 3-chord songs are boring.  I need to learn more music theory so I can use lots of chords to make my songs interesting.
Check out “Dreams” by Fleetwood Mac – that’s a two-chord song.  There are thousands of other hits that are 2-chord or 3-chord songs.

Myth:  Music today is really simple.
Not so. Today’s music has some of the most unusual melodic and rhythmic patterns we’ve ever seen.  But that doesn’t mean you can’t use the same tricks to make your songs sound current.  Come to class and learn more!