Lang regularly crosses the continent helping touring bands and solo artists prepare for important performances and tours. His credits include coaching and/or playing with with Michael W. Smith, Francesca Battistelli, Michael McDonald, and many others.

This bootcamp is an affordable way to learn the secrets behind the magic of successful shows and artists.  The memorable moments from your favorite concerts aren’t accidental – they were worked out in advance.

Lang will work with artists live onstage in front of the audience.  You’ll see changes in real time, and learn techniques to radically improve your own performances.

Come learn how to engage your audience and convert more fans during your live performances!

What Artists Say About Working with Lang 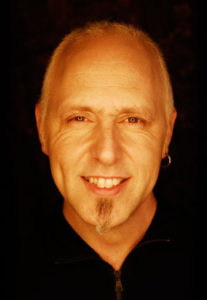 As a player/coach, Lang Bliss brings his vast experience of over 30 years in the music industry to his work as a live music producer. He has produced everyone from weekend warrior artists, to the Armed Services, to those who have sold millions of records and written numerous #1 hits, including Sidewalk Prophets, The Tenors, and Francesca Battistelli.
As a performer himself, Lang’s been involved in the Rock, Country and CCM music industries, as a songwriter for BMG publishing, as an artist with BlissBliss, who scored a #15 Billboard Dance chart hit in January of this year (along with his wife, former Reunion Records recording artist Reneé Garcia), and signed to REX records with labelmates Sixpence None the Richer.
As a musician he’s played and sung with artists such as Grammy and Dove award winners Michael W. Smith, Rich Mullins, and Michael McDonald to name a few.
Lang learned about being onstage while touring and appearing in front of millions of people, playing literally thousands of shows. Now, Lang passes on his knowledge, training, and experience to other artists.

Lang will also be available to work one-on-one the day before and after the event at reduced rates:

Lang spends time before your session listening to your music, watching your videos, and planning how to best use your time.  We have worked with him ourselves several times.

To inquire about working with Lang one-on-one, contact Adrienne at info@performancehigh.net.